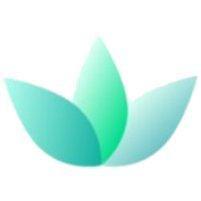 Whether due to sun exposure or as a side effect of pregnancy, melasma is a skin discoloration that’s rarely welcome. Though these brown patches are usually harmless, you may want smoother, younger-looking skin without these spots. Dr. Stella Matsuda, Dr. Shannon Sheu, and Dr. Shelbi Jim On of Matsuda Dermatology in Honolulu, Hawaii, and serving telehealth to the outer islands of Big Island, Maui, Kauai, Molokai, Lanai, and Niihau, can address the pigmentation of melasma with various treatments, including the use of state-of-the-art cosmetic lasers. Call today, or book online for a consultation to learn more.

A skin discoloration featuring brown or grayish-brown irregular patches, melasma usually affects the face, particularly on the cheeks, forehead, and the bridge of your nose. It can also appear on body parts that receive sun exposure, such as your forearms and neck. Women have melasma far more often than men, and it often appears during pregnancy. People with darker-complexioned skin tend to be more at risk.

Melasma is strictly a cosmetic issue, since it doesn’t exhibit any other symptoms, but because it usually appears on the face, it’s often considered a major concern by those who have it.

While sun and hormones play a role, the causes of melasma aren’t fully understood. Melanocytes, the cells in your skin that produce pigment, become overactive and produce too much pigment, resulting in the darker, blotchy appearance typical of melasma. Because people with darker skin already have more active melanocytes, they’re more likely to develop the condition.

Ultraviolet light -- from sunlight and tanning salons -- stimulates melanocytes and produces melasma in those prone to it. It’s typical for melasma to appear more obvious in the summer due to the effects of sunlight exposure.

Changes in hormone levels is also a melasma trigger. During pregnancy, the condition is called chloasma, or “the mask of pregnancy.” Women taking hormone replacement therapy or using hormone-based birth control methods may also be more at risk of developing melasma. In some cases, skin care products can cause or aggravate the condition.

How is melasma treated?

Melasma can eventually fade on its own, though some cases can last for the rest of your life. When melasma persists, the following treatments may be used:

Dr. Matsuda, Dr. Sheu, and Dr. Jim On also use the PicoSure® laser to stimulate the generation of deep skin tissue layers, which removes the discoloration of melasma. The PicoSure laser is also used for tattoo removal, so it’s effective on the melanocyte pigments as well.